The salon was making a name for itself, and quickly outgrew this location. They moved one block north to beautiful downtown Kearney on the bricks, added two more hair stylists, and kept Angela's commitment to providing talented stylists, quality services, and terrific customer service.

Angela has always felt very blessed for the opportunities she has been given, and wanted a way to give back to her community. She teamed up with one of her stylists and created Operation Updo ~ collecting wigs and donations to help women who are losing their hair due to cancer. She has paired with the American Cancer Society and CHI Cancer Center, fitting women for wigs at no charge. Olivia's Salon is also a donation dropp-off site for wigs, scarves and hats.

Olivia's Salon expanded again in 2014, and currently has six stylist chairs, Angela is the nail technician, and there is an aesthetics room available for spa services.

Call us today - You'll love what we do! 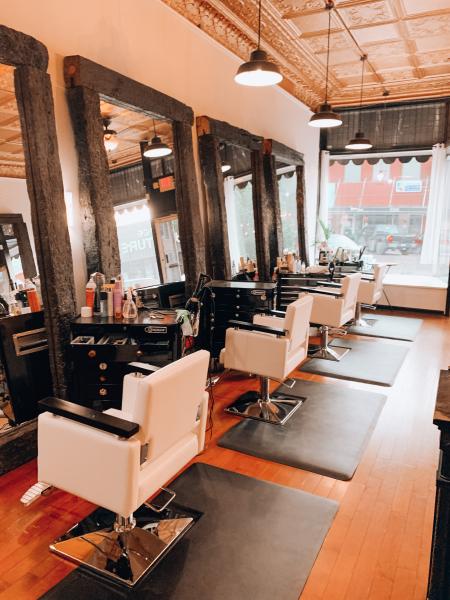